In partnership with UC Santa Cruz and the Santa Cruz Center for Social Transformation, the University of Toronto is digitally hosting Distribute 2020. This is an “international experiment in carbon-conscious, radically distributed conferencing.” I am proud to play a small part in organizing this inspiring event at U of T.
https://distribute.utoronto.ca 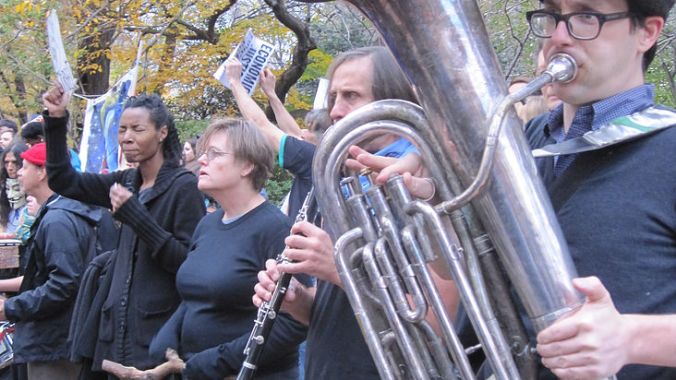 Rhythms of Social Change was an interdisciplinary symposium of University of Toronto faculty and graduate students intended to stimulate scholarly exchange on the interrelationships between time, rhythm, and pace in performance and social movements, broadly defined. Among the questions we ask are, Why is performance so often tasked with evincing rupture with the past and creating a new era? How do artists and the arts perform and even advance the pace of social change? And how are the rhythmic and temporal aspects of music, dance, and theatre implicated in political communication?  The symposium was supported by the Jackman Humanities Institute Program on the Arts and the University of Toronto’s Faculty of Music.
Link to symposium website

Polina Dessianitchenko | PhD Candidate in Ethnomusicology
NATIONAL IN FORM, SOCIALIST IN CONTENT: CIVILIZING THE TEMPORALITY OF MUGHAM IN SOVIET AZERBAIJAN

In 2016, Dr. Jairan Gahan, Prof. Sara Saljoughi, Alia O’Brien and I initiated a Working Group on Critical Approaches to Middle East Studies with the support of U of T’s  Jackman Humanities Institute.

Description | This working group investigates the creation of ethical subjects, political formations, digital culture, and cultural production in dialogue with ongoing debates in contemporary Islam. The twentieth and twenty-first century have seen the constant remaking of Middle Eastern states, a process that is always also predicated upon cultural transformation and new conceptualizations of ideal subjects. Today, some 40 years since the 1970s-era “Islamic Revival” and five years beyond the Arab Uprisings, is an ideal moment to observe how Islamic counterpublics have formed and reformed in a spectrum of relationships to changing states, institutions, and communicative media, both within nation-states and in diaspora. We are interested in tracing how “Islamic values” have been (re)conceptualized and deployed in cultural production of all kinds, and how discourses of ethical subjecthood and citizenship have emerged as both preconditions and effects of political-cultural projects of social transformation.