Use promo code SPRING50 on Duke’s website to receive 50% off the cover price. 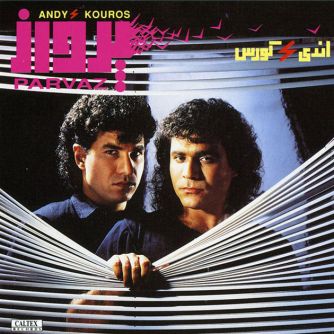 Los Angeles, called Tehrangeles because it is home to the largest concentration of Iranians outside of Iran, is the birthplace of a distinctive form of postrevolutionary pop music. Created by professional musicians and media producers fleeing Iran’s revolutionary-era ban on “immoral” popular music, Tehrangeles pop has been a part of daily life for Iranians at home and abroad for decades. In Tehrangeles Dreaming Farzaneh Hemmasi draws on ethnographic fieldwork in Los Angeles and musical and textual analysis to examine how the songs, music videos, and television made in Tehrangeles express modes of Iranianness not possible in Iran. Exploring Tehrangeles pop producers’ complex commercial and political positioning, and the histories, sensations, and fantasies their music makes available to global Iranian audiences, Hemmasi shows how unquestionably Iranian forms of Tehrangeles popular culture exemplify the manner in which culture, media, and diaspora combine to respond to the Iranian state and its political transformations. The transnational circulation of Tehrangeles culture, she contends, transgresses Iran’s geographical, legal, and moral boundaries while allowing all Iranians the ability to imagine new forms of identity and belonging.

“In this important book Farzaneh Hemmasi offers a novel reading of Iranian exilic pop music, raising insightful conceptual questions about the notion and significance of pop culture and diasporic imagination. By taking pop music seriously, she opens up a space for conversations about transnational networks of artistic production, the construction of nationhood and nationalism, and the politics of identity.” — Behrooz Ghamari-Tabrizi, author of Foucault in Iran: Islamic Revolution after the Enlightenment
“Tehrangeles Dreaming deftly analyses what circulates and translates around and across this most complex and refractive of diasporic spaces. It is a subtle book, a model of how to weave popular music and dance into a field still largely dominated by film and literature. And a real pleasure to read. That shesh-o-hasht groove can be felt on every page.” — Martin Stokes, author of The Republic of Love: Cultural Intimacy in Turkish Popular Music